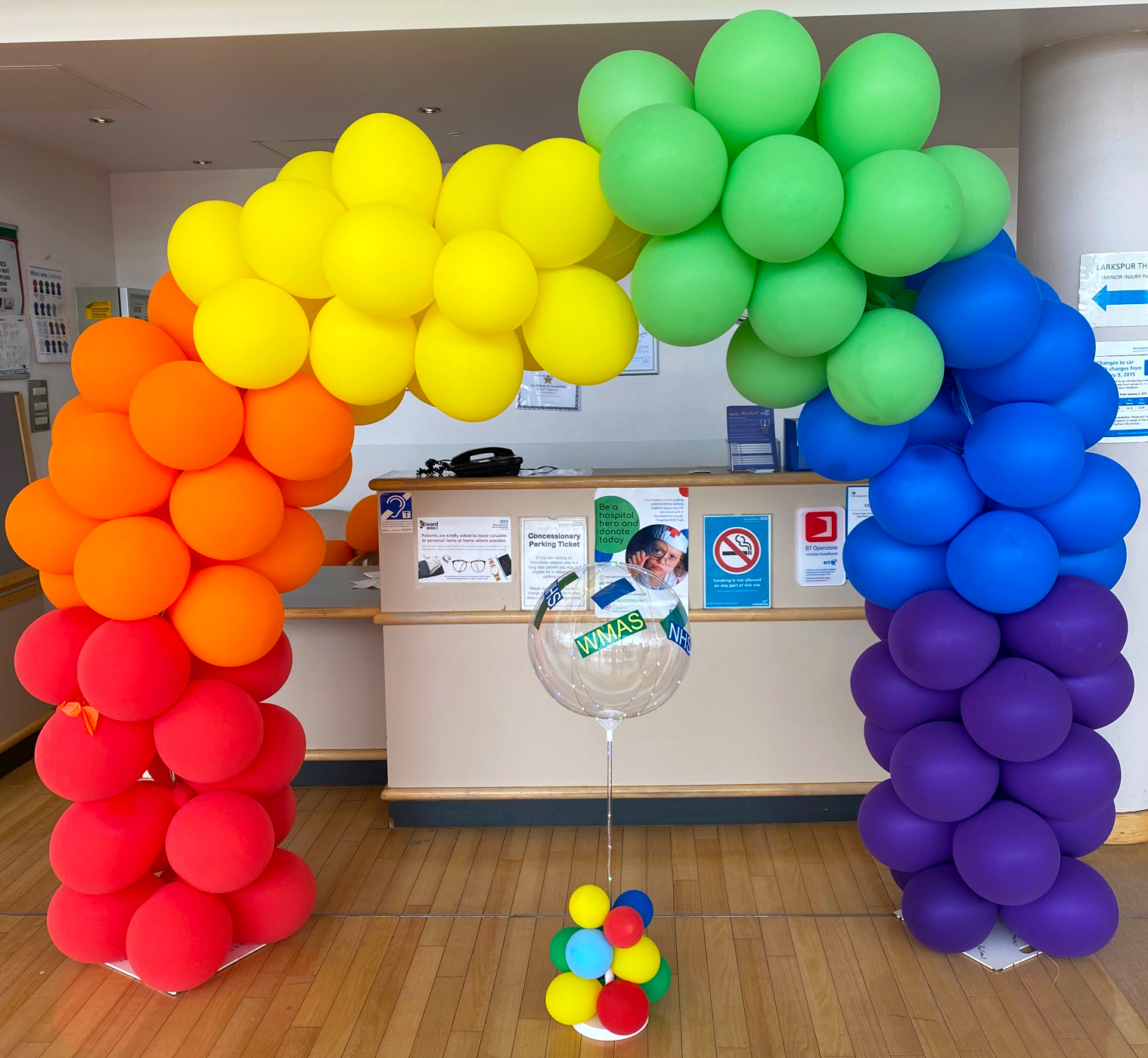 An archway of balloons formed in the shape and colours of a rainbow has been placed in the main entrance of Worcestershire Royal Hospital.

The rainbow archway is a symbol of hope and positivity for patients and staff at the hospital during this difficult time.

The archway, which is made up of around 100 balloons, was kindly donated by local businessman Phil Packer from his shop Malvern Party and Balloons.

Phil decided to donate the rainbow arch as a gesture of goodwill, after he was contacted for a quote by Maternity Support Worker from the hospital, Keeley Harris.

Keeley said: “I felt like something was needed when we walked into the hospital to gently remind us that we will get over this, everything will be ok and don’t give up the hope!

“It’s just a little something for all our staff who are going in to start a long shift or to those going home absolutely shattered, and of course the patients, something to catch their eye and bring a little smile to their faces hopefully.”

Keeley organised the generous donation from Phil alongside Worcestershire Acute Hospitals Charity, and within a couple of days the rainbow of hope was in place inside the main entrance at Worcestershire Royal Hospital.

Jason Levy of the hospital’s Charity said: “The balloon arch is a great morale booster and a wonderful gesture that creates a central point for all our hospital staff to show their appreciation for the incredible public support we have received.”

Phil Packer of Malvern Party and Balloons who donated the archway, said: " I thought the least I could do was to supply and build the arch. I'm happy to support with anything I can do to raise spirits at the hospital and bring a smile to people's faces at this difficult time."