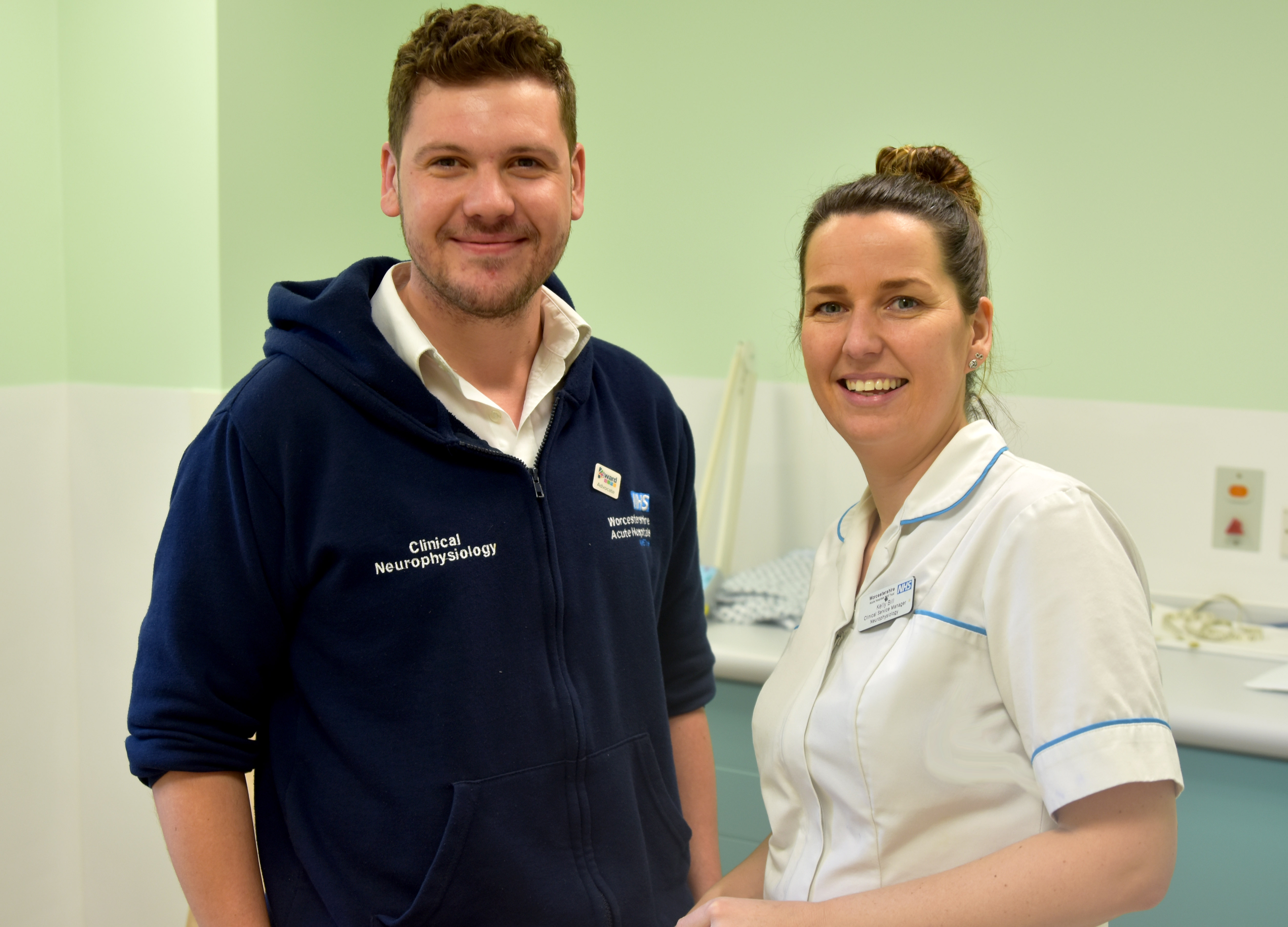 A Clinical Scientist from Worcestershire Royal Hospital has been shortlisted for the national Healthcare Scientist of the Year award.

Kelly Bill is a Highly-Specialised Clinical Scientist at the hospital and also runs the clinical Neurophysiology service in Worcestershire.

Kelly received the news she had been shortlisted in a letter from the Chief Scientific Officer of the NHS in England, Professor Dame Sue Hill DBE.

She was nominated by her colleagues after introducing a ground-breaking new way of assessing patients in the Neurophysiology department in Worcester.

There are over 50,000 Healthcare Scientists in the NHS, each performing a vital role providing the scientific backbone of the NHS, with their work supporting 80% of all diagnoses.

Kelly was nominated for the award after she introduced pioneering new practices in the Neurophysiology department at Worcestershire Royal Hospital. With a national staff shortage of Consultant Neurophysiologists, Kelly drew up proposals for how the Highly-Specialised Clinical Scientists in the department could be trained to perform Electromyography (EMG) procedures.

An Electromyography (EMG) is a diagnostic procedure to assess the health of muscles and the nerve cells that control them. EMG results are important for revealing nerve or muscle dysfunctions.

Having more staff able to perform these procedures meant patients had shorter waits for clinical investigations, clinics were more cost-effective and patients were not adversely affected by the national staff shortages in this area.

Kelly and her team have since been asked to present their work and supporting research at national conferences and to other Neurophysiology departments across the country to share their best practice.

Clinical Scientist, Sean Bennett who nominated Kelly, said: “This year Kelly celebrates her 25th year in the NH. In that time, she’s devoted herself to service and staff development, creating a forward-thinking, enjoyable work environment – something which ultimately benefits patients.”

Kelly said: “We’re always considering how we can think differently to safely and efficiently move forward. It’s amazing being shortlisted for this award - it was a real surprise – but it’s not just for me, it is something the whole of our Neurophysiology team should be proud of.”

Kelly will find out if she has won the prestigious national honour at an awards ceremony in London later this month.