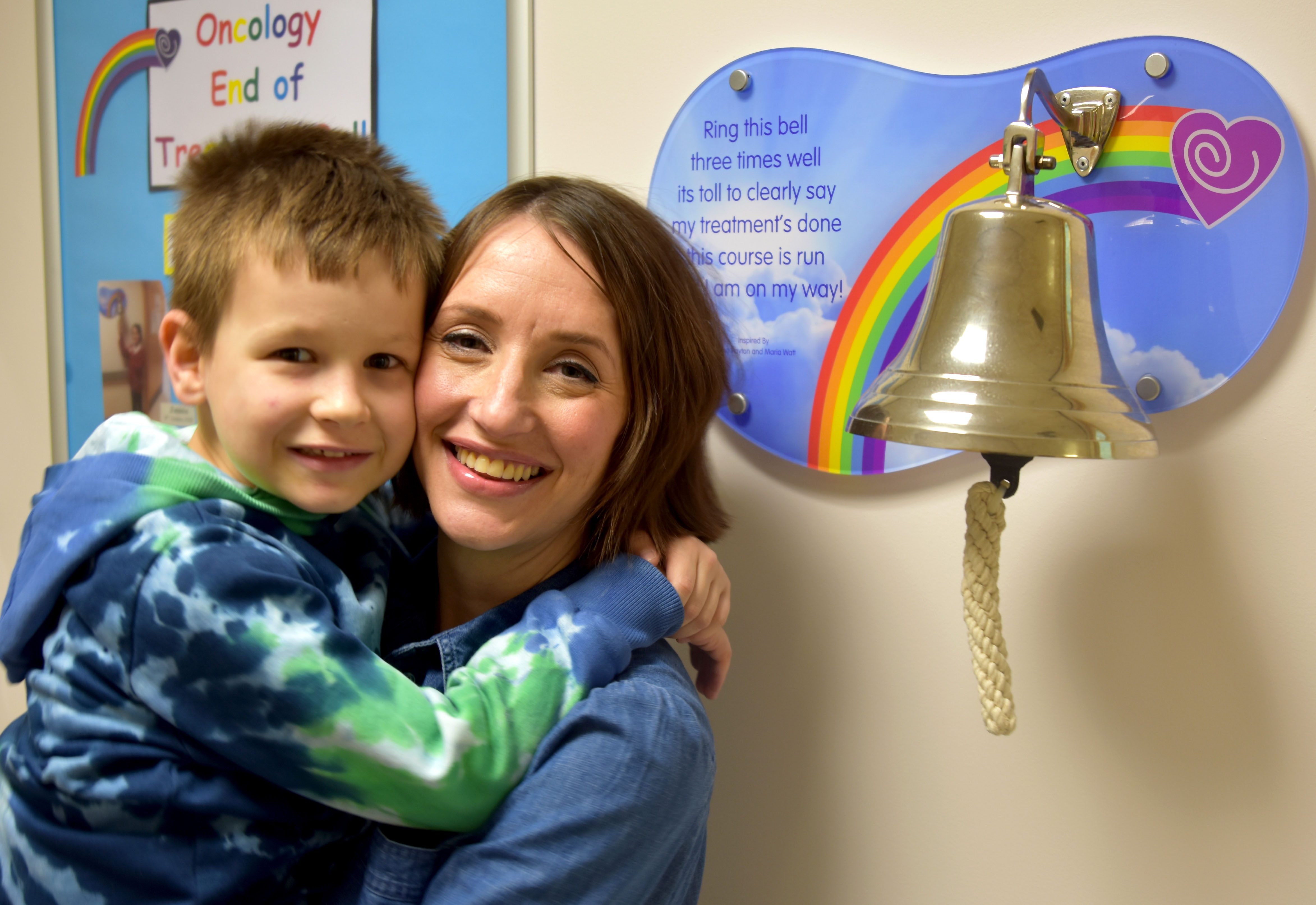 A mum and son have thanked their ‘second family’ at Worcestershire Royal Hospital after both beat cancer having battled with the disease at the same time.

The Rigby family heartbreakingly faced both mum, Vici and her son, George being diagnosed with cancer within a few months of each other.

After three and a half years of treatment for Vici and George at Worcestershire Royal Hospital, they have now both been given the all clear.

Vici said: “When George was first taken into hospital to get his diagnosis I was still recovering from surgery myself. But the team at Worcester were amazing, I honestly can’t praise them enough. There were a few times when both me and George were in hospital at the same time and they were all just brilliant.”

There was some positive news when Vici completed her cancer treatment in 2018, before the family decided to move from Bromsgrove to Tenby in South West Wales last summer.

But rather than transfer George’s ongoing treatment to a local hospital in Wales, Vici and her husband, Jamie were so happy with the care George was receiving from the Children’s Cancer team at Worcestershire Royal Hospital that they decided a monthly seven-hour round trip was worth it to ensure he was in the best hands for his crucial last few months of treatment.

Vici explained: “When we moved to Tenby last year we decided to keep George’s care with Worcester as the care we’ve received has been absolutely outstanding. Dawn and Baylon in particular are so knowledgeable, attentive, caring and we have complete trust in them.

Since last summer the family have been undertaking the 350-mile round trip every month for George’s chemotherapy treatment.

Vici added: “We could have easily moved his care to Cardiff but we just didn’t want to leave Worcestershire Royal. The advice from the team there has been invaluable and all the whole incredible team who’ve helped to look after George have become like a second family to us.”

If you need a lift today, watch this...

Mum Vici and her son George were fighting cancer at the same time.

After 4 years, both have been given the all-clear and George rang our End of Treatment Bell to celebrate! pic.twitter.com/cczQA4kftu

Despite an extremely testing few years for the family, they’ve been able to give George a relatively normal childhood thanks to George and Vici’s resilience.

Vici said: “He’s done everything his peers have done, we’ve tried to treat him as normally as possible and considering the treatment he has to have on a daily basis, it hasn’t stopped him doing anything. He plays football, goes swimming and is doing really well at school, he’s very active and bright and he hasn’t once complained about his situation.

“It’s a testament to the service and care we provide, and the fantastic relationship we all have with George and his family, that they have chosen to continue receiving his treatment here in Worcestershire considering they moved to Wales last summer.”

Vici described: “It feels quite surreal, when you are given that first diagnosis and know you’re looking at three years of treatment you never think the day is going to come. You get into the routine of hospital appointments and planning your lives around that then all of a sudden, we can now make plans, book a holiday and arrange things without the worry.

“We’ve both received the best care in Worcestershire and my Clinical Nurse Specialist, Bernice continues to support me now. We’re so grateful for their care and they really have become like a second family to us all.”

Bernice Kent, the Clinical Nurse Specialist who cared for Vici, said: “We’re thrilled that both Vici and George have now completed their treatment. They have both been through so much, but it’s lovely to see such a positive ending to such an awful time.”