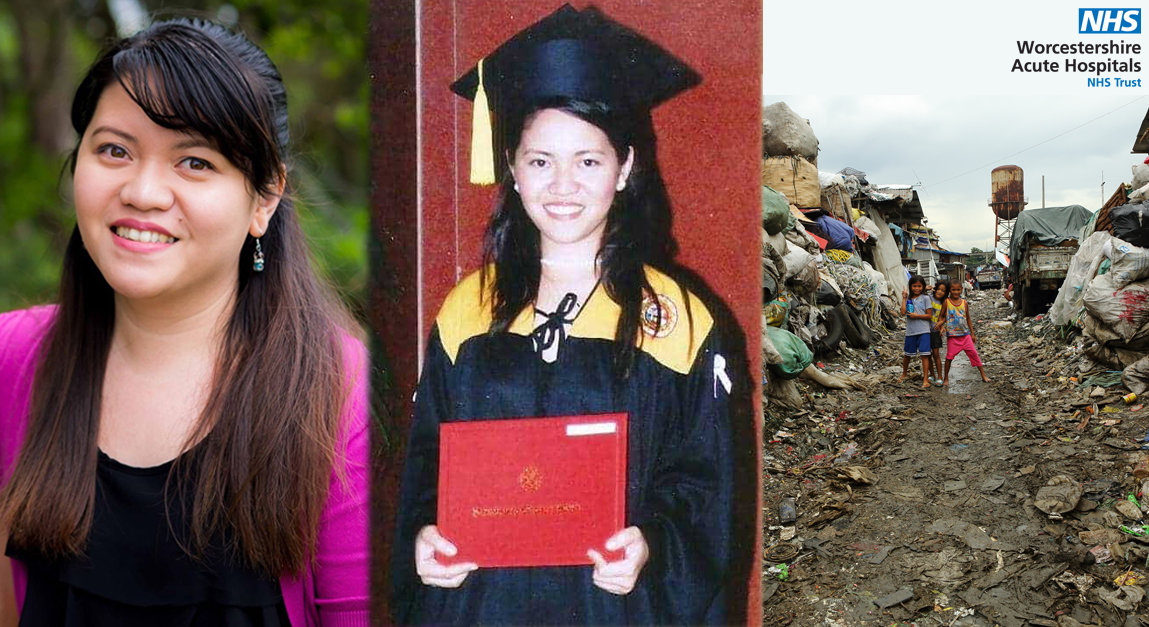 The NHS is known for having an incredibly diverse workforce, but one member of staff from Bromsgrove has a more unusual story than most.

Ryazan Tristram grew up in the slums of Manila, the capital city of the Philippines, where many children have no access to healthcare let alone dream of working in it.

She was born and raised in Tondo, considered to be the poorest area of the Philippine capital. Tondo is most famous for ‘Smokey Mountain’ - a gigantic 50-metre high mountain of rubbish holding more than two million tonnes of landfill waste - where children can be seen sifting through the rubbish to sell in local junk shops to help feed their families.

But Ryazan was one of the lucky ones - a naturally bright child; she managed to earn a scholarship through a church in the city and so was given an opportunity to attend a school in the city.

She worked hard throughout school and went on to earn a grant from the local government allowing her to go to college in Manila. Within a few years, Ryazan had graduated from the University of Manila with a degree in Tourism.

Then in 2009 Ryazan was offered an opportunity of a lifetime, to further her education in the UK, studying the tourism industry in Europe. Taking her first ever flight, Ryazan didn’t know what to expect when she first arrived in the UK.

Beginning a new life in Worcestershire came with its challenges, including difficulties with some colleges’ rules on accepting foreign students, coupled with having to financially support members of her family back home in the Philippines.

“I went through a number of jobs in the UK at this time, to help sustain me and my family, as well as studying for my course through the weekends. But then I met my husband and he helped me settle before we eventually got married in 2011”, said Ryazan.

Ryazan took up part-time jobs at a Kidderminster care home and a hotel in Dudley to support her while she studied. Then in 2013, her life changed again when she decided to take a job at Kidderminster Hospital.

Initially working part-time on the main reception desk, Ryazan impressed colleagues and began to be offered more and more hours at the hospital. The next year she was offered the opportunity to join the NHS full time in the Validation Team at Worcestershire Royal Hospital.

The Validation team carry out audits on the progress of patients through their healthcare journey, to prevent hold-ups and ensure that patients get their treatment more quickly and smoothly.

Now five years on, and Ryazan is still working full-time for the Validation Team at Worcestershire Acute Hospitals NHS Trust, and is proud of her journey into the NHS.

“I’m really proud to work for the NHS and help people get the best out of their healthcare. Coming from Tondo, I can really appreciate what the NHS offers people. Back home, people can’t access free healthcare, so to help people like this makes me happy”, said Ryazan.

Alongside her full-time job in the NHS, Ryazan continued her love of travel and tourism by starting a blog all about her travel experiences and what it’s like being a Dual Citizen. In 2016 she started her dedicated travel blog Everything Zany and has since built quite a following.

Now a published photographer as well as a popular blogger, Ryazan has an army of social media followers and over 35,000 subscribers to her travel blogs. Her work has featured on the Discovery Channel, Reader’s Digest, Huffington Post, BuzzFeed and the Lonely Planet magazine and website. Her blog was even one of the finalists of the UK Blog Awards last year.

Despite all her success since moving to the UK, Ryazan still feels very close to where she grew up, and this Christmas is collecting children’s toys, games and books to send to Tondo to help some of the poorest children in the city. She’s joined up with UK charity, Purple Community Fund who are running a programme to set up a day care centre in the slums, helping under-privileged children.

You can find out more and support the Purple Community Fund appeal at https://www.p-c-f.org/

“I was completely moved with their projects as I know what it’s like to be one of those kids growing up in poverty. I hope that their new day care centre project, will provide a good foundation for the kids to give them better chances in succeeding in life”, said Ryazan. 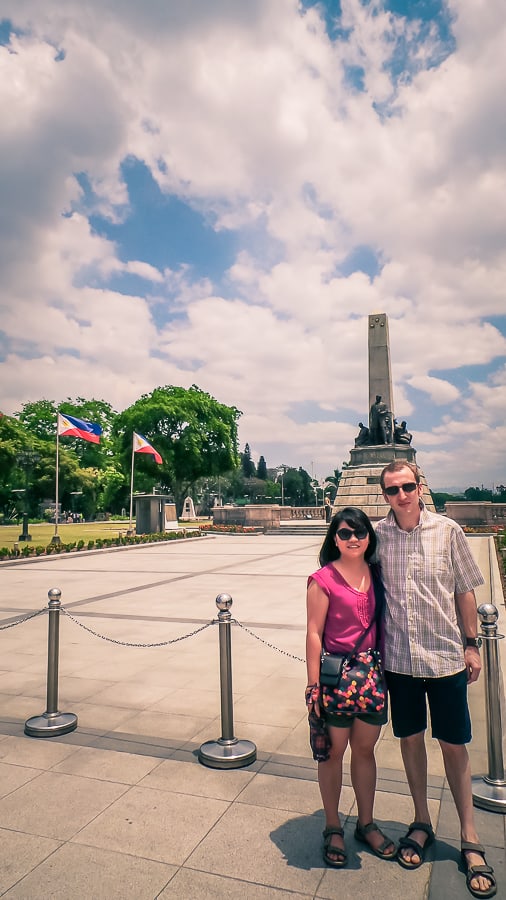