Cardiac patient is making a splash, to raise plenty of cash 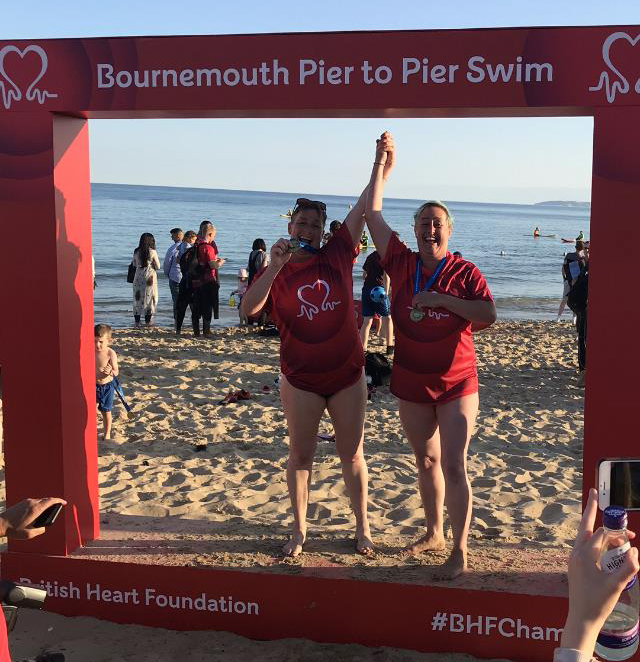 Just six months after Melanie Nash, 48, had a cardiac procedure known as an atrial fibrillation cryotherapy ablation - a treatment that freezes pulmonary veins - she has completed the impressive challenge, along with her sister Sam.

The event took place on the 13th July and Melanie completed the gruelling challenge in an impressive 52 minutes.

Two years ago Melanie was diagnosed with persistent atrial fibrillation, an irregular heart rhythm from the upper chambers of the heart, which meant she became extremely fatigued, and struggled with daily tasks like climbing a flight of stairs. After her procedure Melanie has taken up swimming again in order to improve her fitness and has fallen in love with it and was delighted to complete the Pier to Pier sunset swim.

On completing the 1.4 mile swim Melanie said: “I did it. I can’t quite believe it. I had a bit of a wobble at the start, just started feeling a bit panicky but with the support of my sister I pushed on through and we nailed it.”

When asked why she was raising money for the British Heart foundation Melanie added “Since my procedure I feel like a new woman, both physically and mentally. I just wanted to give something back to say thank you to everyone involved with my care, they have been amazing.”

Melanie has exceeded her initial fundraising target of £200, raising over £700 for British Heart Foundation. Melanie is already making plans with her sister Sam for the swim next year as she aims to beat this years’ time,  as well as signing up to another swim the following day

Arrhythmia Nurse Specialist, Nicki Brewster said: “We are so pleased that Melanie has made a full recovery and it’s great to see that she is now able to enjoy a happy and healthy lifestyle. We are all so impressed with her taking on the Pier to pier challenge and the fantastic amount she has raised.”