A community midwife at Kidderminster Hospital and her three children are taking on the gruelling challenge of cycling from London to Paris to fundraise for blood cancer charity Bloodwise this September. 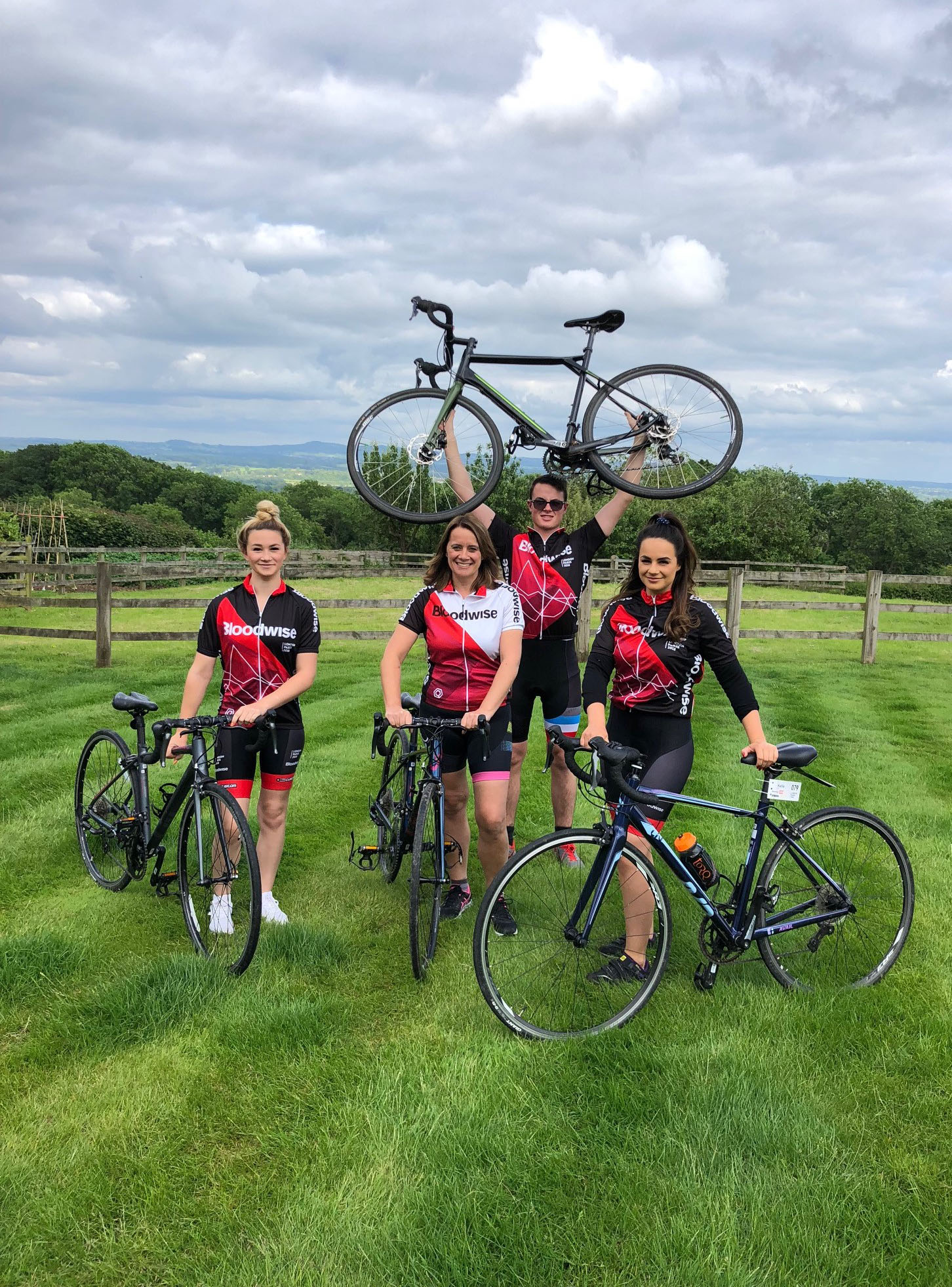 Deb Riley, from Bewdley, and her children Katie, Jake and Neve will be hopping on their bikes as ‘Team Riley’ to fundraise for the charity after Deborah’s father lost his brave fight to a very rare form of non-Hodgkins lymphoma.

Deb is looking forward to the challenge despite her lack of cycling experience. “We are all training hard for this physical challenge which I will find especially difficult as I haven’t ridden a bicycle since I was a teenager,” she said.

The bike ride was inspired by Deb’s daughter Katie, who took part in the London to Paris cycle challenge last year. “It was the most incredible experience! The atmosphere was amazing.”

“There were so many inspirational people taking part and many moving stories from those whose lives have been affected by blood cancer.”

In anticipation of the event, the family are holding a Bring and Buy sale, running a summer raffle and organising a charity gig in Bewdley as Jake is a local performer who performs with his dad, in the hopes of raising £1,500 each for Bloodwise.

The Riley’s are asking for any contributions of prizes for the Summer Raffle and encouraging people to help raise money for the worthwhile cause in whatever way they can to motivate the family to keep peddling on.

The ride will take place on 17th–22nd September. The Just Giving page is https://www.justgiving.com/Debbie-Riley4.