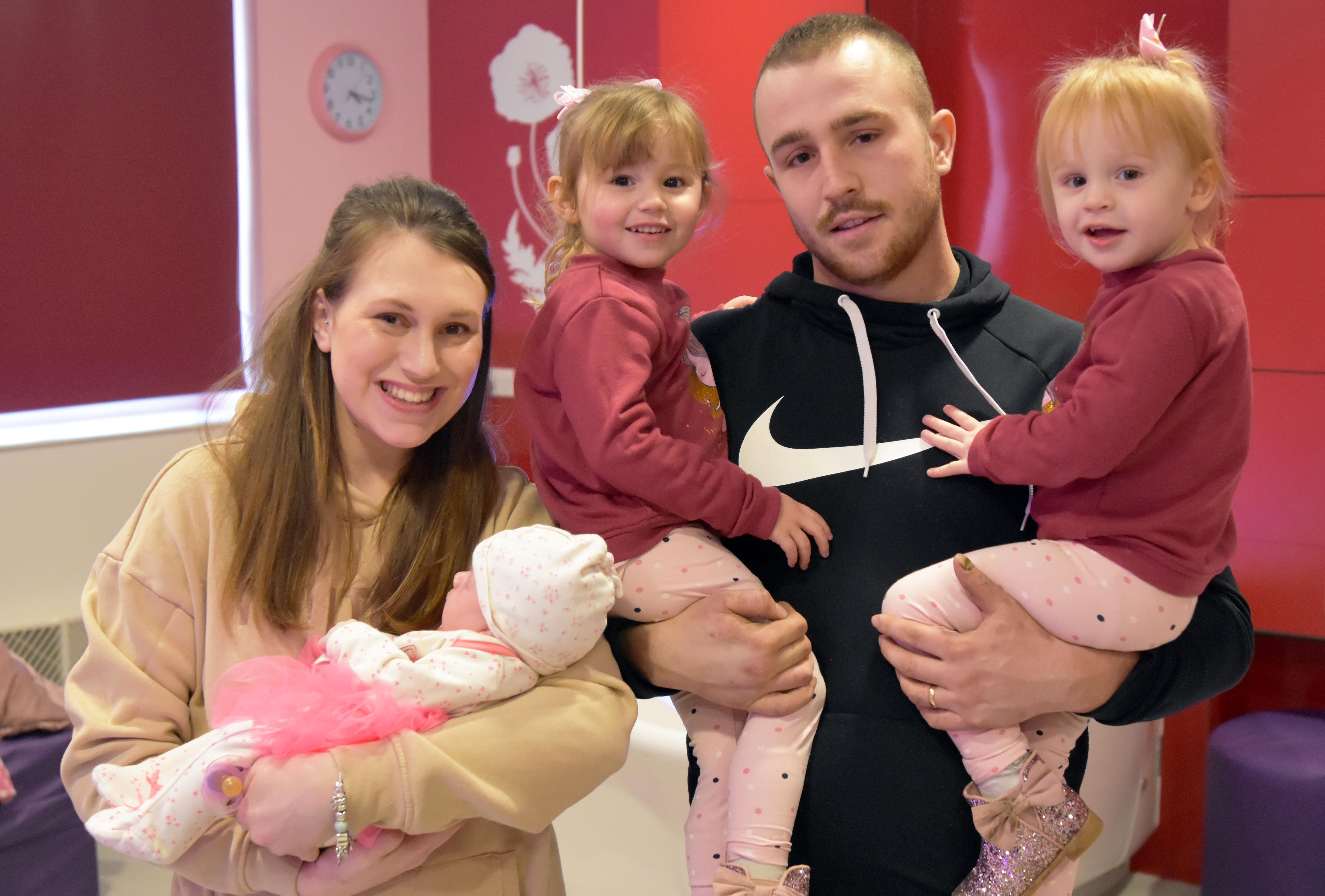 A Worcestershire couple are celebrating a hat-trick of babies born in the Meadow Birth Centre at Worcestershire Royal Hospital – all within just 42 months.

Tyler and Josh Harris welcomed the birth of their third child, Maisy, on 1 February this year, following Arya in July 2015 and Esme in July 2016, all born in the midwife-run birth centre.

Since first opening to expectant mums in April 2015, the centre – which won ‘National Birth Centre of the Year’ in a prestigious awards ceremony in 2017 – has seen almost 3,000 babies born to families from across Worcestershire and beyond.

After Maisy’s birth in the Violet Room earlier this month, Tyler and Josh have now spent time in every birthing room in the centre, “we’ve been in every room now so we feel like we know the place pretty well!” said mum, Tyler.

“I think we’ve also had about seven of the midwives and students here with us now, so we’ve definitely got to know the team”, she added.

The Meadow Birth Centre is run by experienced midwives who offer a comfortable environment where birth is treated as a ‘normal’ process rather than a medical one. It includes three purpose-built birthing pools, with a majority of mothers there having a water birth.

Explaining why they felt so at home in the unit, Tyler said: “I didn’t actually know the centre was here, but when I came in for my first time they showed me around. It looked so nice and I always wanted a water birth”.

“It doesn’t feel like a hospital when you’re in here, it’s really peaceful, and Josh got to stay on the double bed in the room with me so that was great too. We’d recommend it to anyone”, added Tyler.

The centre’s highly-trained midwives offer support and encouragement for women to have normal labours, including offering different ways to cope such as trying different birthing positions, relaxation or aromatherapy – with mums even able to adjust the lighting and music played in the room.

Despite having given birth to three babies within three and half years, the couple are keen to have another in the centre, “The staff are really friendly – they gave me ice lollies and biscuits to help me through! We would like to have another one”.

Worcestershire’s maternity units - including the Birth Centre - were recently rated among the best in the country by local women in a national survey by the Care Quality Commission. 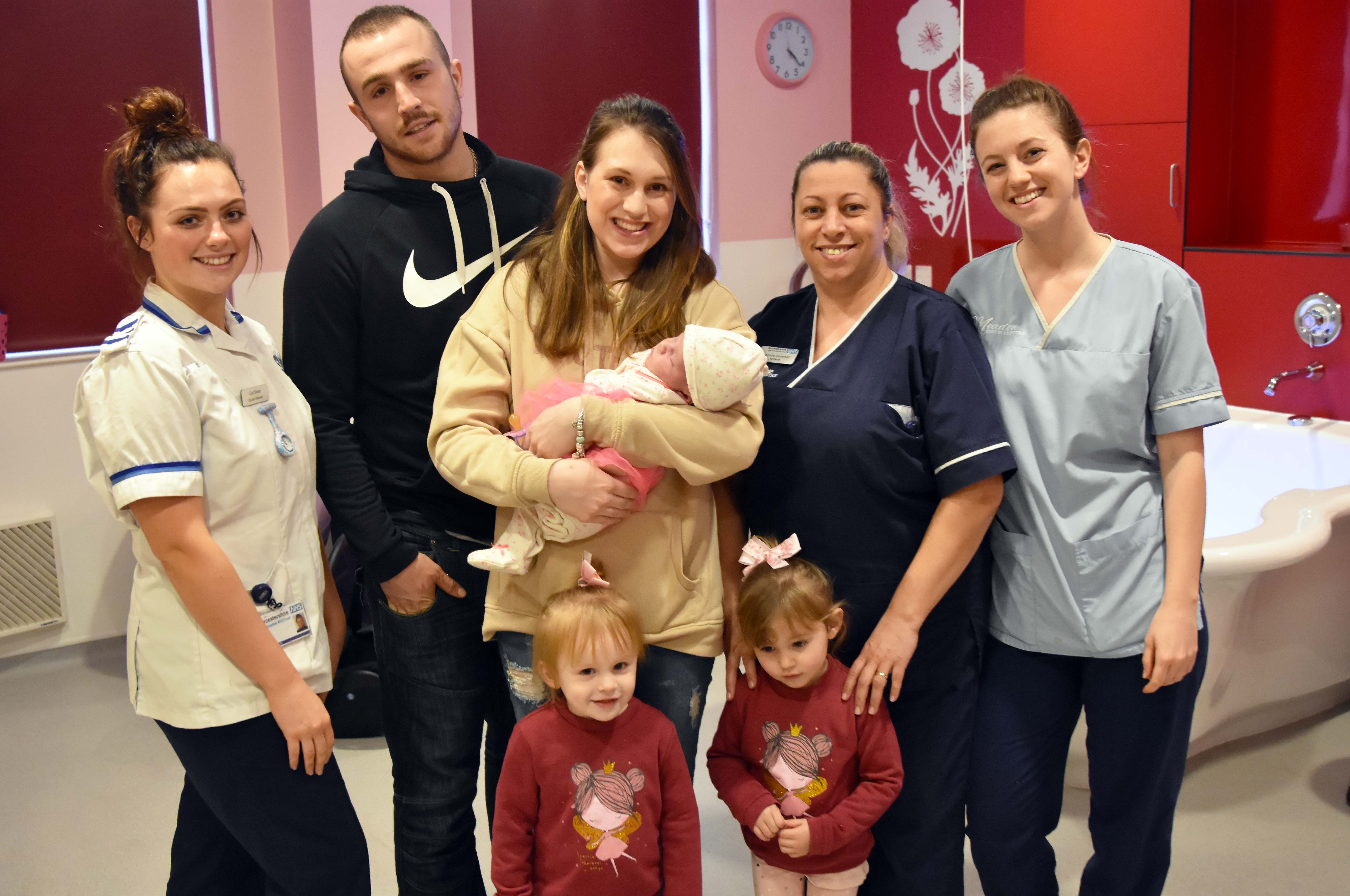