Men over 65 reminded of importance of attending AAA screening 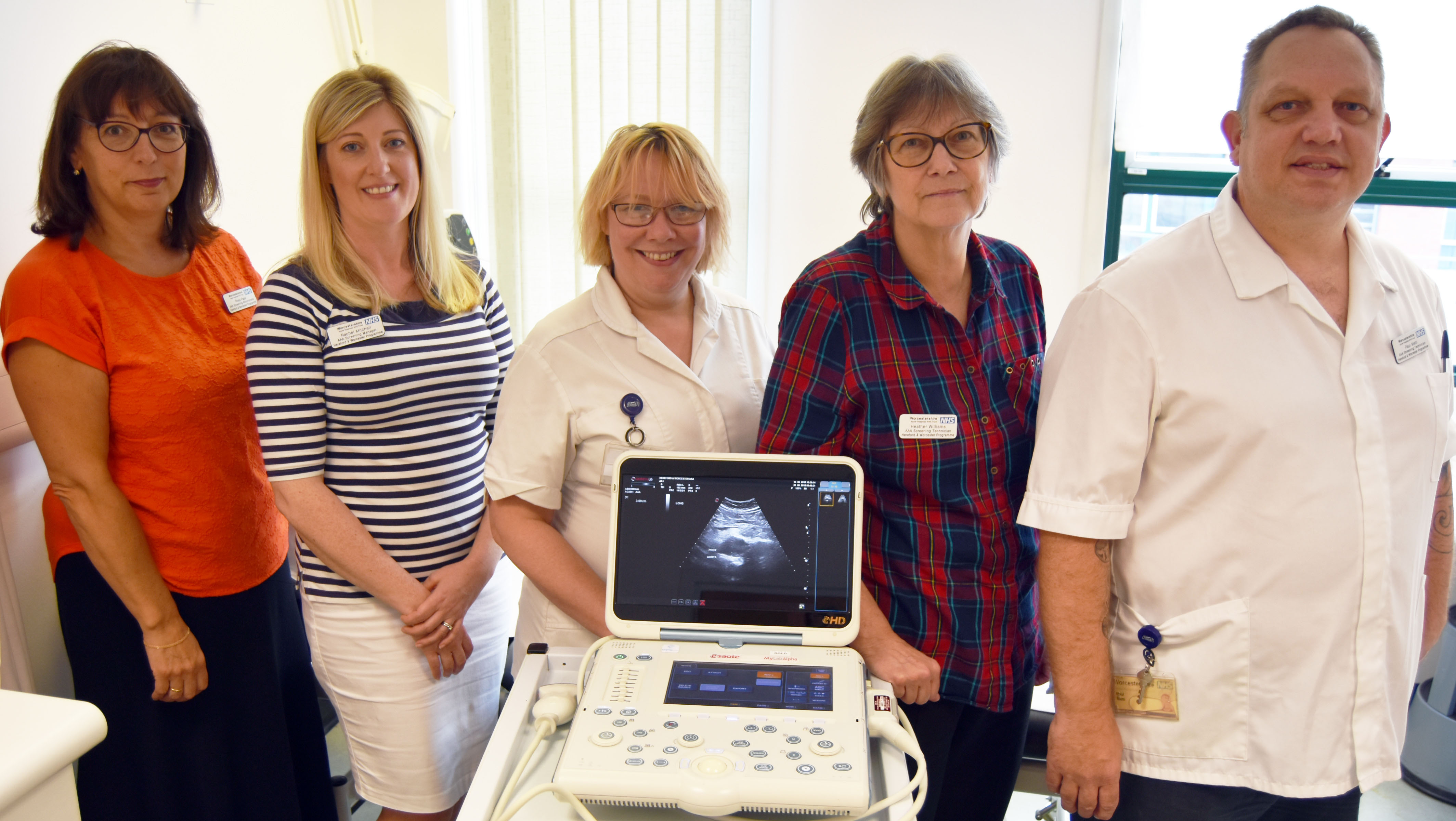 Men over the age of 65 are being reminded of the importance of attending screening for a potentially life-threatening Abdominal Aortic Aneurysm (AAA) by Worcestershire’s hospitals.

The local screening programme for Herefordshire and Worcestershire has successfully screened 4,000 men in the two counties over the last year, but there are still hundreds of men who are offered screening but decide not to attend.

Worcestershire Acute Hospitals NHS Trust – which runs the local screening programme – is encouraging everyone who is offered screening to attend their appointment. AAA screening is offered to all men registered with a GP during the year they turn 65.

Geoffrey Gardner, from Worcester, was sent a letter offering a screening appointment shortly after his 65th birthday. Initially putting the letter to one side and forgetting about it, Geoffrey eventually decided to attend screening after talking to his wife – an ex-nurse – about it.

“When I first saw the letter I just put it to one side and thought I’m too busy for this. I’d never heard of AAA before and you never expect that you’ve got anything wrong. But it was very lucky that I went to get screened when I did”, said Geoffrey.

Abdominal Aortic Aneurysms are caused when the main blood vessel in the body weakens and expands. Most AAAs have no symptoms but, if left untreated, aneurysms can grow and rupture, which is often fatal.

More than 3,000 men die every year in England and Wales from a ruptured AAA, and eight out of every ten people with a ruptured AAA die before they reach hospital or fail to survive emergency surgery.

Geoffrey underwent the screening at his local GP surgery, which involves a simple ultrasound scan that looks for a weakness and enlargement of the aorta, and only takes a few minutes to complete. AAA screening results are available straight away, so there is no nervous wait to hear back.

Geoffrey was told that the scans had identified he had a small aneurysm, “I was very surprised really; I had no family history of it or anything. It was good that you’re immediately told your result and they’re very good at making you aware of what’s happening. But I didn’t fully understand all the implications at the time and so it wasn’t until my follow-up scan that the seriousness of the condition dawned on me”. 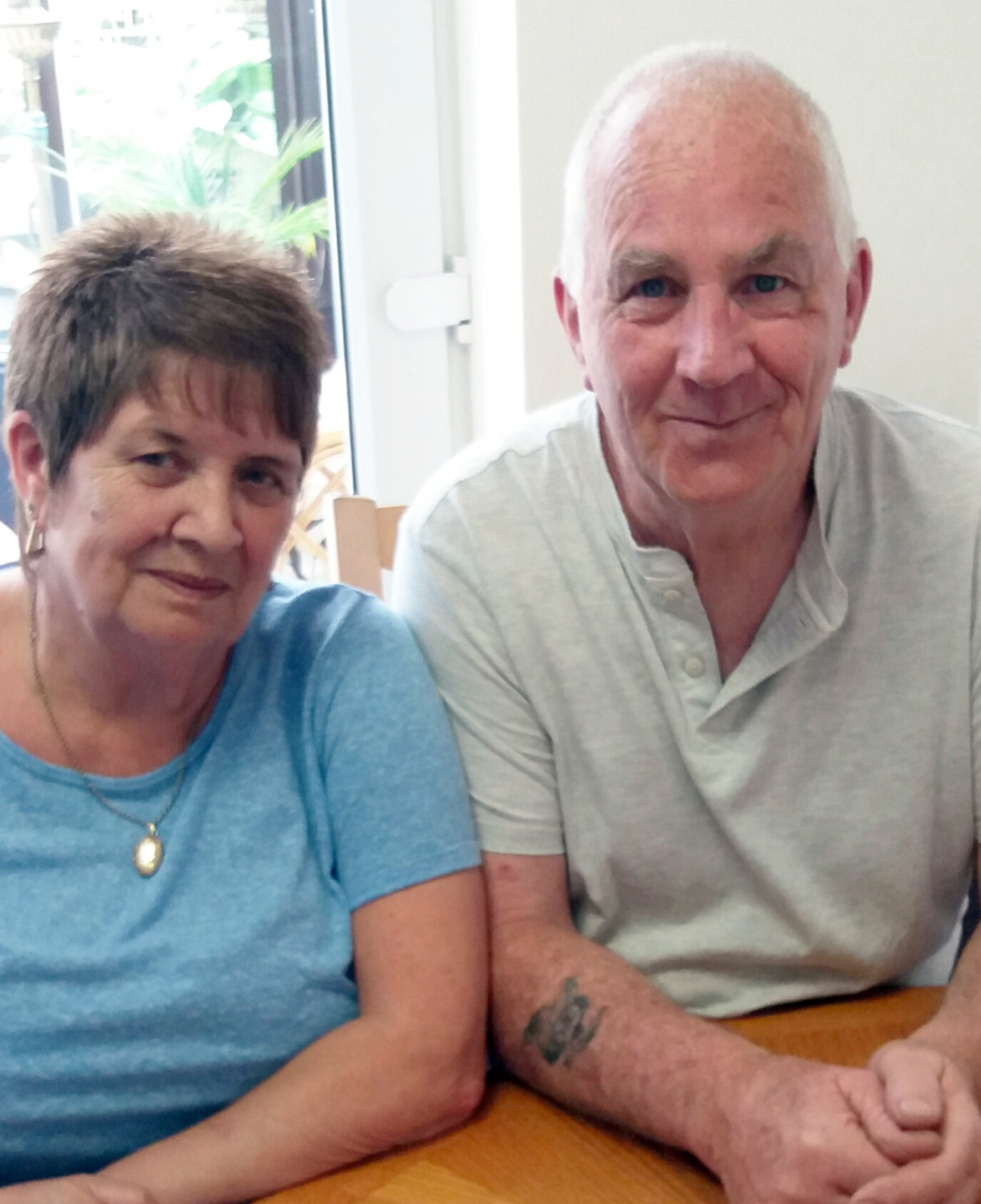 There are three categories of aneurysm – small, medium and large – with surgery usually being needed when an aneurysm becomes large. Screening programmes aim to reduce the number of deaths from AAA ruptures by detecting any aneurysm at an early stage so they can be monitored and treated appropriately.

As Geoffrey’s aneurysm was only small he underwent continued monitoring and screening at regular intervals for the next two and half years, before being referred to experienced vascular surgeon, Professor Richard Downing at Worcestershire Royal Hospital, as the aneurysm had grown enough to require surgery.

“After being referred to Professor Downing and discussing all our options, that was when it really hit me how serious this can be. The following month I went in to have my operation to repair the aneurysm”, said Geoffrey.

Amazingly, during his surgery doctors found a second aneurysm which they also managed to repair in the same procedure. Geoffrey continues to have check-ups at Worcestershire Royal Hospital every 12 months and was left feeling very thankful he’d attended the screening three years earlier.

“All the staff were excellent and really good at keeping in contact with me. Professor Downing was brilliant; he just put me naturally at ease. The whole process from start to finish from the first scan until the operation was absolutely fantastic. I was really happy with all the care I received.”

Geoffrey added, “I would really encourage more men to go to screening. There needs to be more emphasis on this condition because more people need to be aware of it and the risks. I had no clues or side effects - you just don’t know unless you go and get yourself checked. So I’d say the same to everybody – for god’s sake just go and do it!”

Last year 85% of eligible men in Herefordshire and Worcestershire took up their invitation for AAA screening – one of the highest rates in the country - but there are still hundreds of men who don’t ever receive screening for this potentially life-threatening condition.

Mr Amarjit Atwal, Clinical Director of the Herefordshire and Worcestershire AAA Screening Programme said: “The AAA screening programme has proved very successful with 85% of eligible men in Herefordshire and Worcestershire taking up our offer of screening. We screened 4,000 new men last year; this is in addition to our continuing regular follow-ups. We hope to continue this success and hope to prevent more premature deaths from AAA”.