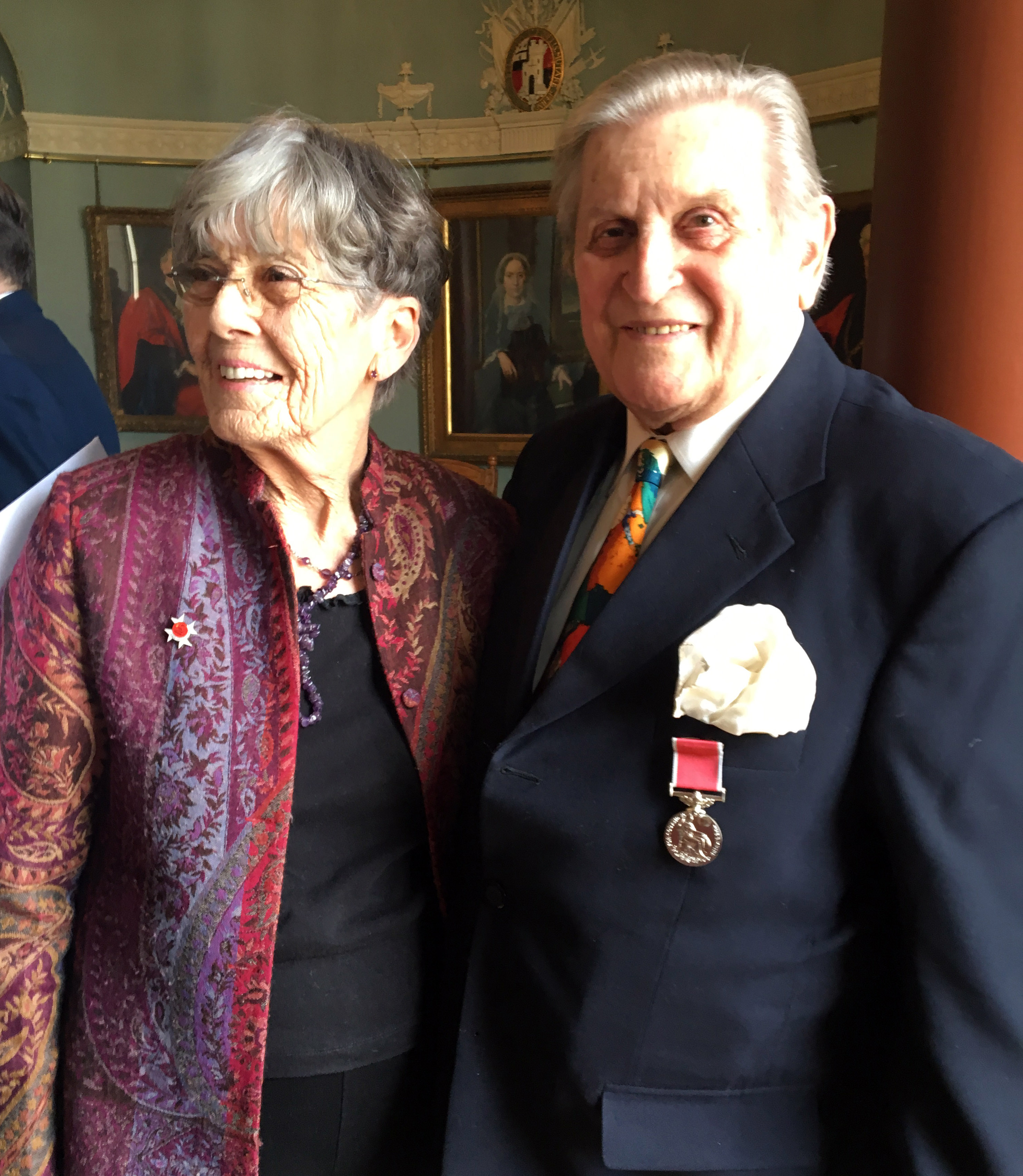 A local health campaigner has been recognised with a British Empire Medal for services to healthcare after giving years of support to raise awareness about organ donation in Worcestershire.

Michael Amies, former Chair of the Worcestershire Organ Donation Committee, was presented with a British Empire Medal (BEM) at the Guildhall, Worcester in a ceremony earlier today. In 2010, Michael and his wife, Elisabeth lost their adopted daughter, Catherine to kidney failure and complications from diabetes aged just 38. She had been waiting for a double kidney and pancreas transplant for two years.

Catherine registered as an organ donor before her death – an act that Mr and Mrs. Amies had forgotten.

After her death she benefited many others - her liver was immediately used for a life-saving transplant for another woman, her heart valves, corneas and other tissues were also used to help or save others. Mr Amies and his wife Elisabeth, have campaigned endlessly to raise awareness of organ donation in Worcestershire.

Mr Amies said: “We continue to campaign for greater awareness about organ donation - there are still too many people who die while they are waiting for a lifesaving organ transplant. We need more people to join the Organ Donation Register and just as importantly  to tell their family so that they give their consent for donation to take place. Catherine helped to save or improve the lives of five people after her death. We’re very proud she became a donor, If there had been more people willing to become donors, she might still be with us. Although she was very sick, she could still be a donor – almost everyone can donate something.”

Mr Amies was nominated for his British Empire medal by Dr Gavin Nicol, consultant anaesthetist and clinical lead for organ donation at Worcestershire Acute Hospitals NHS Trust, who said: “Michael is a tireless champion for organ donation in Worcestershire. He and his wife Elisabeth are kind, compassionate people who really want to make a difference to people’s lives. Michael is inspiring, despite the tragic loss of his daughter Catherine, he continues to be a force for good. He continues to raise awareness about organ donation and is highly deserving of this award.”

After hearing that he had been recognised in the Queen’s New Year Honours list, Mr Amies said: “I have known about the award for some time but have been unable to tell people, until the list was published on 1st January. I am honoured to receive the medal today. This is recognition of the work that Elisabeth and I have done to raise awareness of organ donation in Worcestershire and help save lives.”

Mr Amies, is one of four medallists who were honoured at the ceremony on 26 April, at the Guildhall, Worcestershire. Each received a Medal in recognition of their services to the community.