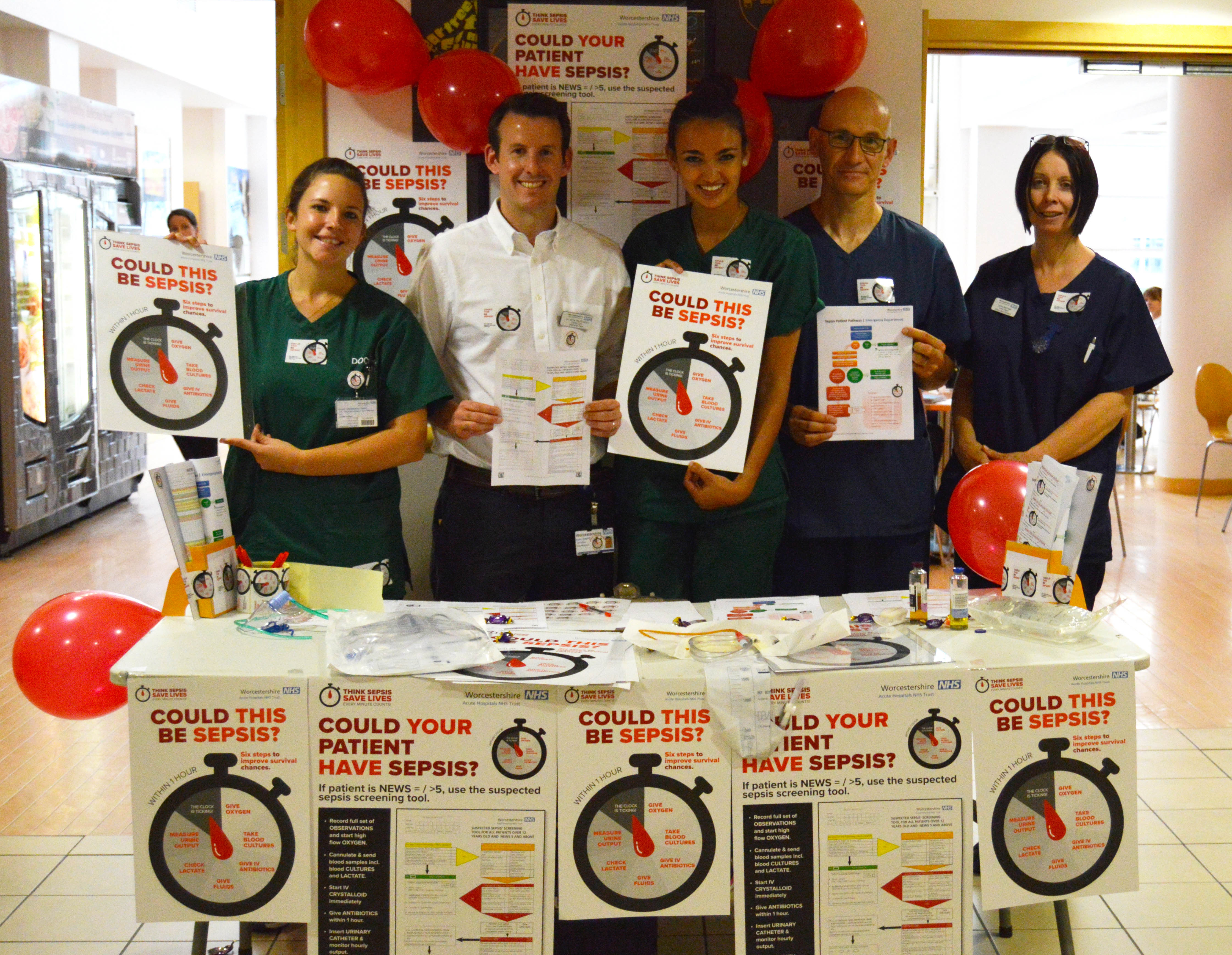 Sepsis, also known as blood poisoning, is the life-threatening reaction to an infection, in which the body attacks its own organs and tissues.

After Worcestershire Acute Hospitals NHS Trust – which runs the county’s three hospitals - made improving the survival rates of patients identified as having Sepsis a top clinical priority, the death rates from the condition have been significantly reduced to better than the national average.

There are around 260,000 cases of sepsis a year in England, with around 44,000 people dying every year as a result of the condition. Anyone can develop sepsis after an injury or minor infection, although some people are more vulnerable.

The project in Worcestershire’s hospitals has ensured more patients are screened for Sepsis, with those found to have the condition being treated much more quickly. A new dedicated Sepsis nursing role was created to oversee clinical advice and staff training about the condition.

Over 1,000 clinical members of staff across the county have been trained on specifically identifying the condition in patients, which has helped to detect and treat those with the condition more quickly.

Sepsis can be difficult to diagnose because early symptoms can be confused with other conditions, highlighting the need for greater awareness of its causes, signs and symptoms. Early symptoms of sepsis in older children and adults can include a high temperature (fever) or low body temperature, chills and shivering, confusion, cold or blotchy hands and feet, and not passing as much urine as normal.

As well as extensive training for staff, the project has involved introducing a new care pathway for patients which improves the prevention, diagnosis and management of sepsis. This includes key definitions, treatment guidelines and staff roles and responsibilities when caring for different patient groups.

Specialist IT improvements have also helped bring in line systems across Worcestershire’s hospitals so that staff can more easily and quickly report patients who have been identified as having Sepsis.

Patient information leaflets were produced to provide Sepsis survivors and those more at risk of developing Sepsis with information about the condition and its treatment as well as their rehabilitation and recovery.

Dr Mike McAlindon, Clinical Lead for the Sepsis Quality Improvement Project at Worcestershire Acute Hospitals NHS Trust said: “Sepsis is an important cause of death in people of all ages and is a major cause of avoidable mortality. Thanks to the hard work of staff across our Trust we’ve managed to dramatically reduce the mortality from Sepsis over the past year.

“This is good news for patients as now they can be assured that if they come to hospital with Sepsis, they will receive a good level of care, giving them a better chance at survival.”