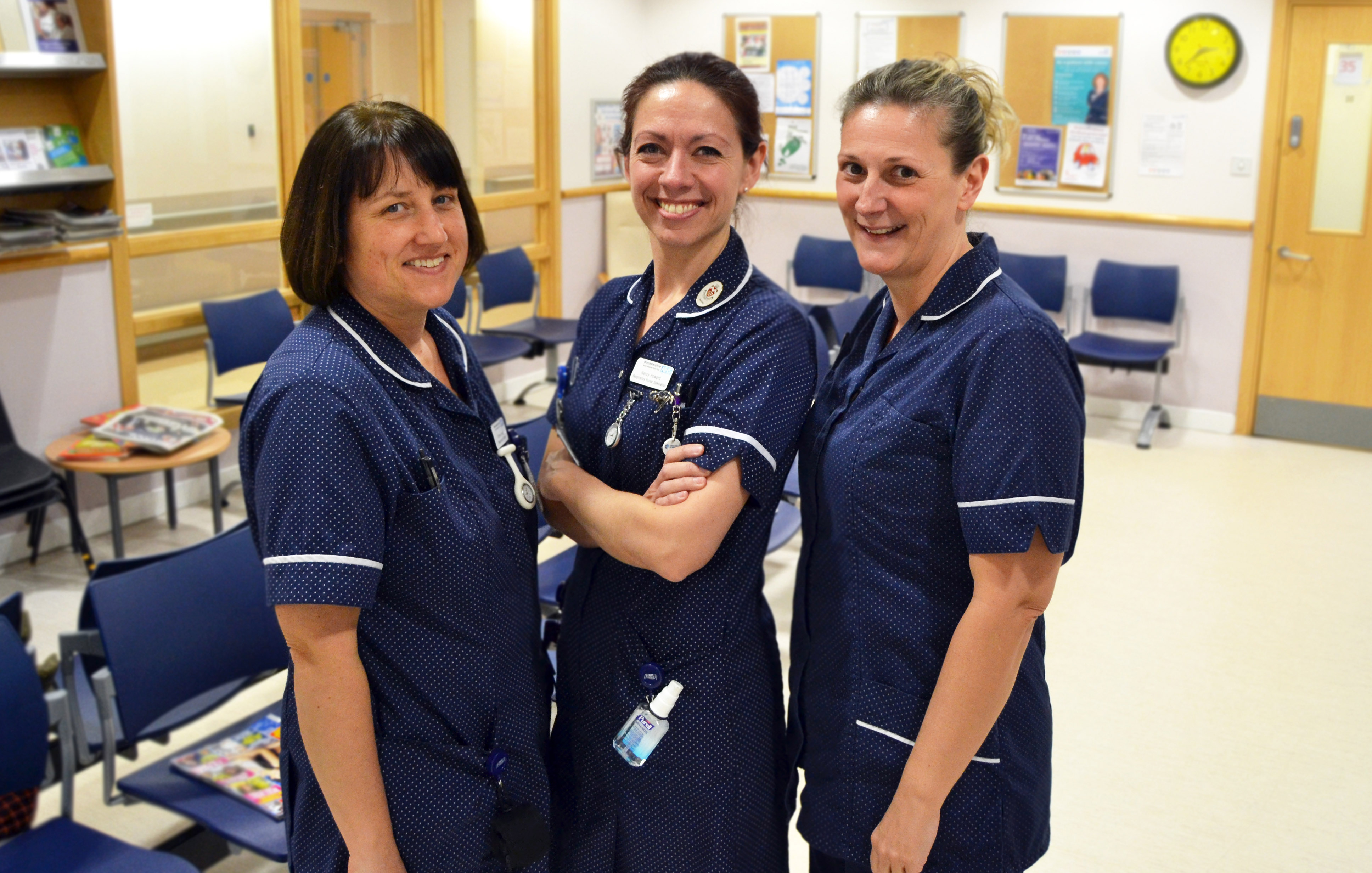 More than 6,000 people in Britain are diagnosed with idiopathic pulmonary fibrosis (IPF) every year, yet the condition is still relatively unknown.

IPF hit the headlines recently after well-known TV presenter Keith Chegwin died from the condition in December and celebrity Katie Price revealed her mother had been diagnosed.

Now, respiratory specialist nurses at Worcestershire’s hospitals are leading the way in awareness raising and research into the life-limiting condition to help patients recognise the symptoms earlier.

IPF is a condition in which the lungs become scarred and breathing becomes increasingly difficult. It's not yet clear what causes it, but it usually affects people over 70 years of age and is rare in people under 50.

Some treatments can help reduce the speed at which IPF worsens, but there's currently no treatment that can cure or reverse the scarring of the lungs, so once diagnosed, a patient has a limited life expectancy.

Respiratory Nurse with a specialist interest in Interstitial Lung Disease, Nancy Howard said: "We need to raise awareness so that people don't get looked at blankly when they tell their relatives they have IBF.”

The team are also one of the leading researchers of the condition in the UK, recruiting patients with the condition to take part in two research programmes at the Trust.

The research aims to shed light on some of the causes of the disease, with the two studies involving the genetics behind the condition as well as whether a patient’s occupation can increase exposure to lung fibrosis.

Alison Durie, a Respiratory Research Nurse, said: "There is hope. But it requires publicity - the more people we can get involved in clinical trials, the more research we have to go on."

The ultimate aim is to improve the rates of diagnosis, treatment and life expectancy of those with the condition.

Nancy Howard has also set-up a support group in Malvern for patients and carers who are affected by lung fibrosis – of which, IPF is the most common condition.

"The problem is isolation. People with lung cancer have groups and support from charities that they can rely on, but there is nothing for people with lung fibrosis.

"And yet these patients their symptoms are worse - they aren't able to go out without huge supplies of oxygen. So they can become quite socially isolated. The group helps with that as they get to speak with other people going through the same thing as them.”

The support group meets in the Link Room of St Matthias Church, Malvern, on the first Tuesday of every month between 1.30pm and 3pm. If you’d like to find out more about the Malvern Support Group, you can contact Nancy via: This email address is being protected from spambots. You need JavaScript enabled to view it.