A Worcestershire woman has modelled in a national fashion show in London for women and men who have experienced breast cancer. 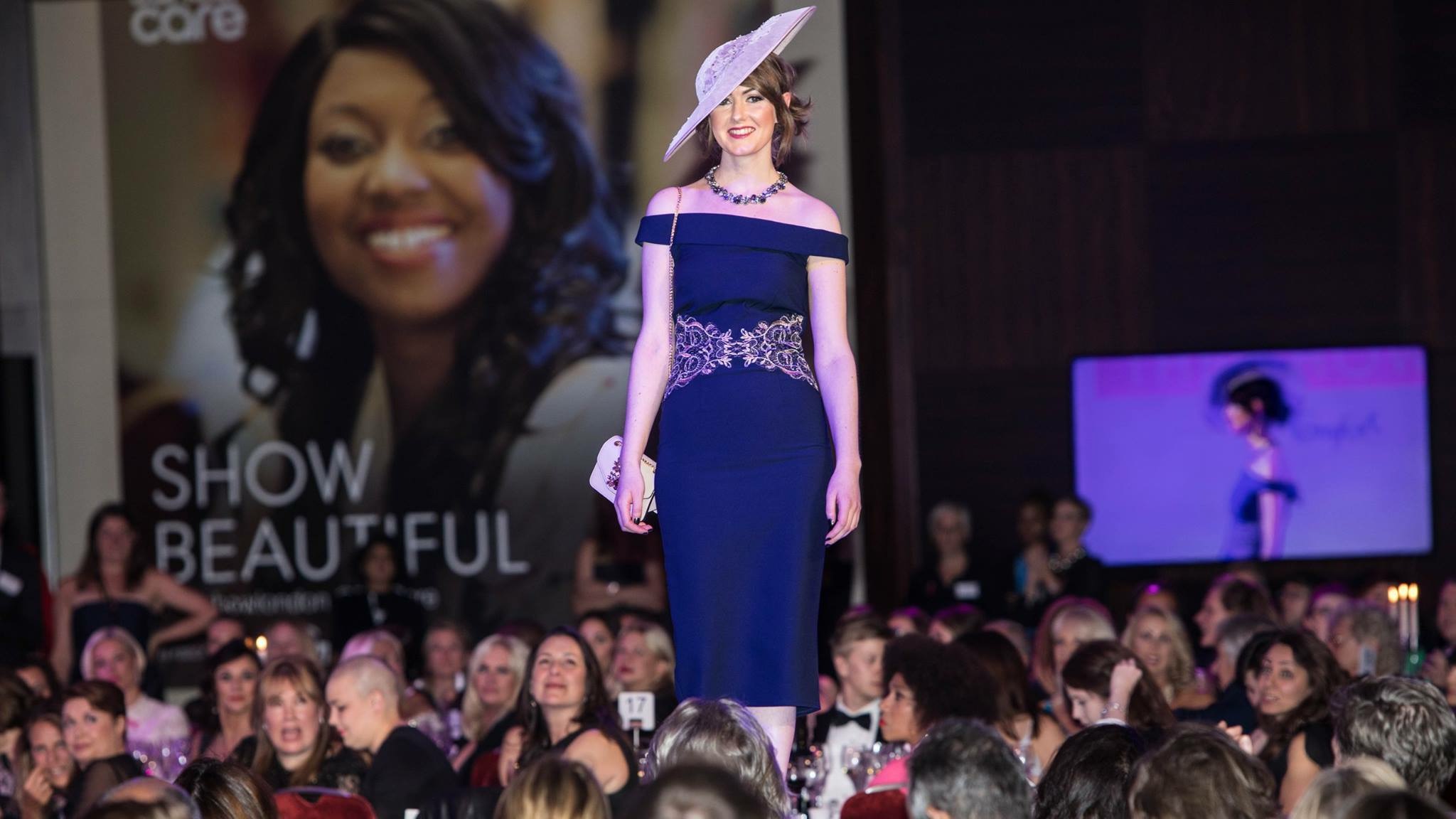 Laura Hunter, from Kyre near Tenbury Wells, appeared at the fashion show after being diagnosed with breast cancer at just 24 years old in July 2015. After nearly two years, Laura’s treatment continues at Worcestershire Acute Hospitals NHS Trust, where she describes the care she receives as ‘fantastic’.

The event, held by national charity Breast Cancer Care was attended by 1,500 people across two shows in Westminster, and raised over £370,000 for the charity.

After finding a lump that felt fixed and ‘like a bead’ Laura visited her GP, before being referred to Worcestershire Acute Hospitals NHS Trust for a biopsy under the treatment of Consultant Breast Surgeon, Miss Michelle Mullan.

Laura said: “Overall the care I’ve received at Kidderminster and Worcestershire Royal hospitals in all the different departments has been fantastic. My consultant Miss Mullan has been amazing and I was really pleased with the results of the surgery.”

Laura was chosen as one of 30 models for the show, which received over 250 applications to appear on the catwalk. The models ranged from women in their 20s to those in their 70s, and also included two male models who had both experienced breast cancer.

The show was a big step for Laura who had lost a lot of confidence following her diagnosis. Laura said: “I was excited but very nervous about the show, but I felt it was an opportunity I couldn’t pass up. I felt it was important to raise awareness of breast cancer in younger women, as I was diagnosed at just 24 myself.

"Losing my hair, eyelashes and eyebrows was devastating and made me feel like I lost my whole identity. But I wanted to show that you can still feel good about yourself despite going through cancer.”

Consultant Breast Surgeon, Miss Michelle Mullan said: "Laura was extremely young to be diagnosed with breast cancer, but has done tremendously well. Although 80% of women who get breast cancer are over 50, it is important for women of all ages to be aware of changes in their breasts. If they notice any new lumps, skin changes such as puckering or nipple discharge, they should see their GP.”

Laura will continue to take a hormone treatment called Tamoxifen for the next ten years which reduces the risk of the cancer reoccurring. Her experience of diagnosis and treatment has reinforced to Laura the importance of continuing to check for any signs of cancer.

Laura added: “If you have any tiny doubts at all, if you think there has been a change in texture, shape, size and appearance, or anything you think just isn’t right – go and get it checked.

“It’s not just older women either, anyone young or old, male or female can get breast cancer, so do check and go to your GP if you have any concerns.”