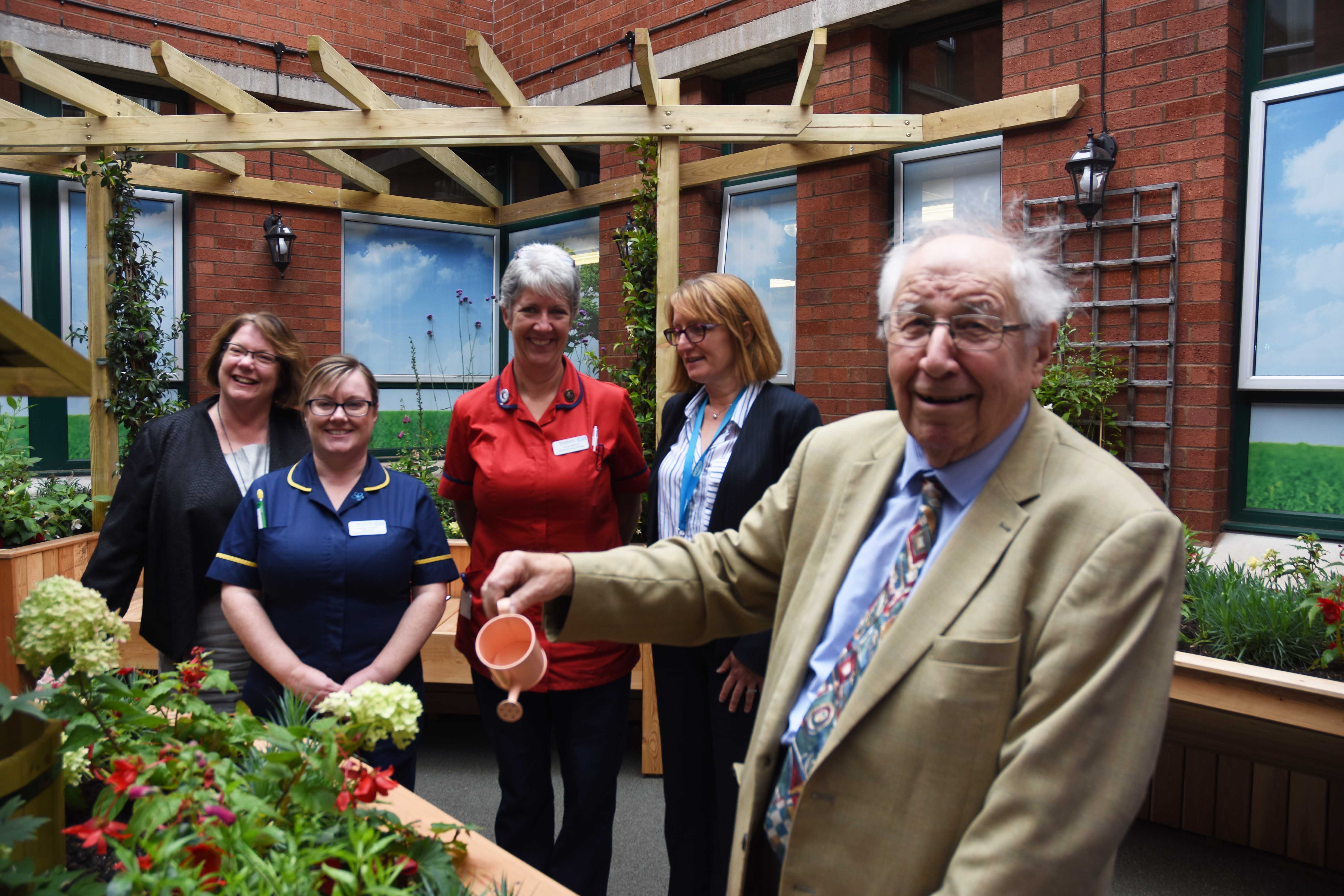 A new sensory garden which aims to aid the recovery of patients living with dementia during their stay at Worcestershire Royal Hospital has been formally opened by BBC Antiques Roadshow expert, Henry Sandon MBE.

The new dementia-friendly garden occupies a formerly disused courtyard space outside the Avon 4 ward in Aconbury West  and provides a safe and engaging area for patients with dementia and their families and carers to have some much-needed respite.

Henry, whose late wife lived with dementia, said: “This beautiful garden will bring delight to many patients, families and staff. I myself have visited patients on Avon 4 and I know how much joy it will bring to be able to leave the ward and have such a wonderful environment to come to. Congratulations to everyone who has been involved in making this a reality.”

Vicky Morris, Chief Nursing Officer at Worcestershire Acute Hospitals NHS Trust, said: “Hospital settings can be confusing, overwhelming or destabilising for those with dementia, especially if they have other illnesses or have had an accident. The experience may have a profound effect on the dementia inpatient’s on-going health. Treatment of dementia calls for a different, more person-centred healthcare regime.

“This new garden is one way that we are working to develop a dementia-friendly environment. It will provide a safe, calm and relaxing space for patients and their families and carers to enjoy. “

The Dementia Garden was the idea of the Trust’s dedicated Dementia Team and Avon 4 staff and was generously funded and built by the Trust’s PFI facilities partner Engie with the support of contractors AP Carpentry, Lloyds contractors, and IRS.

Current estimates suggest that 5% of people over 65 have a diagnosis of dementia. For those over 80, the figure is 20%. Their numbers are forecast to rise rapidly over the next 15 years. Proportionately, Worcestershire has more people living with dementia or cognitive impairment than other areas of the nation.