Outcomes for vascular surgery among the best in country 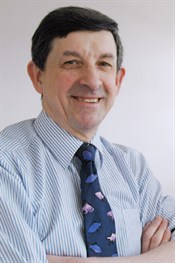 Herefordshire and Worcestershire patients undergoing surgery on major blood vessels are more likely to have a positive outcome than elsewhere in the country, according to the latest national figures.

Dedicated vascular services are provided for the two counties at Worcestershire Royal Hospital, one of seven accredited vascular units in the West Midlands, with operations being carried out by a team of six specialist vascular consultants.

The figures, released yesterday (25 August) from the Royal College of Surgeons of England, show that over 99 per cent of patients survived operations to repair an abdominal aortic aneurysm (AAA) – a ballooning of the largest artery of the body, which may rupture as it enlarges. The national rate for this procedure is 98 per cent.

Over 98 per cent of patients survived operations to unblock arteries to the brain (carotid endarterectomy), which left untreated can result in a stroke. The national rate for this procedure is 98 per cent.

Since the service was nationally recognised in 2010 as one of the top three performing vascular units in the country, its dedicated team has performed over 400 AAA repairs and over 200 carotid endarterectomies.

Professor Richard Downing, Consultant Vascular Surgeon said: “We are delighted to have achieved such great results for our patients. Our multidisciplinary team is dedicated to providing patients with the highest possible quality of elective and emergency care – a commitment reflected in these figures.”

Performance figures for services and consultants are available at My NHS, which launched in Autumn 2014 to promote transparency and drive quality within the NHS. Search My NHS for more information.