Worcestershire Acute Hospitals NHS Trust is celebrating the success of its screening programme for Abdominal Aortic Aneurysm (AAA) this week, after the one millionth man was screened for the condition nationally. 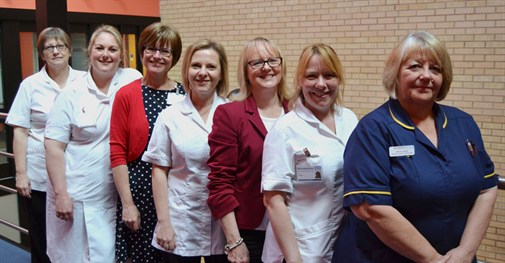 The local screening programme, which covers both Herefordshire and Worcestershire, has proved highly successful screening 4452 men in the two counties over the last year alone.

The milestone was reached this week with the one millionth 65-year-old man in England being screened for AAA, marking a key achievement for the national NHS Abdominal Aortic Aneurysm Screening Programme.

Abdominal Aortic Aneurysms are caused when the main blood vessel in the body weakens and expands. Most AAAs have no symptoms but, if left untreated, aneurysms can grow and rupture, which can be fatal. Eight out of every ten people with a ruptured AAA die before they reach hospital or fail to survive emergency surgery.

85% of eligible men in Herefordshire and Worcestershire took up their invitation for AAA screening in 2014/15, revealing how the programme is successfully engaging with the local population.

The aim of the screening programme is to reduce the number of deaths from AAA rupture through early detection, appropriate monitoring and treatment.

The screening involves a simple ultrasound scan that looks for a weakness and enlargement of the aorta, the main blood vessel in the body. The results are available straight away.

"We hope to continue this success in 2016 and hope to prevent all premature deaths from AAA”.

Dr Anne Mackie, Director of Screening at Public Health England, said: “It’s great news that one million men have now been screened for AAA. The death rate after a rupture is about 80%, as many patients die before they reach hospital. The programme has been a major public health success story and has proved to be crucial in detecting and treating large aneurysms, leading to the prevention of premature deaths in men aged 65 years and over".